For more than 50 years, Viking Yachts has been one of the top brands worldwide in the luxury power yacht and sport fishing worlds. Still owned and operated by the Healey family, Viking designs and manufacturers virtually every Viking part on site other a few major components such as engines and appliances. Building a better boat everyday is and has been the marching order. Resulting in an unparalleled level of quality control and a well-earned reputation for performance, innovation, engineering and luxury.

Viking has just announced the formation of a new company, Valhalla Boatworks. Dedicated to designing and building high performance center console powerboats in 33 – 37 and 41’ models.
Built to the same standards that have made Viking Yachts an industry leader for 55 years.

Valhalla Boatworks was developed to allow our dealers and customers to fulfill a strong desire for high-end center consoles built by the Viking Yacht Company. It’s a very exciting time and another important chapter in our history of building a better boat every day. -Viking President and CEO Patrick Healey.

The Valhalla Boatworks V Series consists of three outboard-powered deep-V monohulls from 33 to 41 feet designed to excel as hard-core fishing boats and built to the highest levels of workmanship and fit and finish.

It’s the most advanced and proven stepped-hull design in the world. The twin steps and tunnel not only give you fast and efficient performance but also precise handling and a very stable ride. -Viking Design Manager David Wilson.

Produced by the Michael Peters design team and the Viking in-house engineers and designers, these classy, luxury boats will be produced in the Valhalla factory in New Jersey.

Viking design traits can be found from stem to stern on the V Series boats. Proud bows, gently sloping S-shaped sheers, double forward chines, helm pods, raised toe rails and mezzanine seating are some of the hallmarks. Viking engineering and mechanical prowess shine through as well, with customized Seakeeper installations that do not sacrifice storage or deck space and mechanical, plumbing and electrical systems designed and built to unmatched levels.

The Valhalla Boatworks V Series was officially announced at the Viking VIP Preview February 1 and 2 in Riviera Beach, Florida, and will debut at the Viking Dealer Meeting and Sea Trial Event this fall in Atlantic City, New Jersey. The 37’ and 33’ will be introduced to the boating public next August with the 41’ following shortly thereafter. If you are a customer for whom only the best will do, contact one of our brokers. When this boat comes in, expect your socks to be blown off!

To learn more about Valhalla Boatworks, come see us at one of our Oyster Harbors Marine locations. And be sure to check out our full inventory of new Valhalla boats.

Recognized as one of the top performers in the industry, Oyster Harbors Marine features high-quality new and pre-owned boats, and has an award-winning sales and service team. Sales offices are located on Cape Cod in Osterville and Falmouth Massachusetts, Marion, MA, Danvers, MA, Newport, RI, Essex, CT and in Freeport, Maine.

Not all locations have all product lines. Please call to confirm product is available for your inspection. 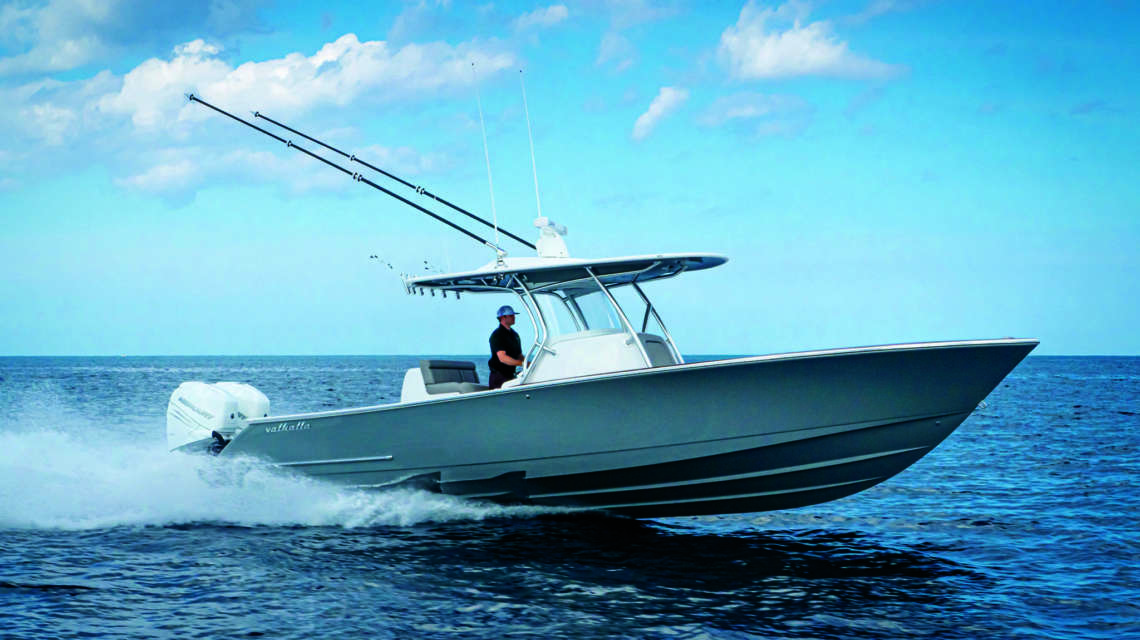 You can find Valhalla Boatworks at..

For more than 50 years, Viking Yachts has been one of the top brands worldwide in the luxury power yacht and sport fishing worlds. ...
Jan 04, 2022

For more than 50 years, Viking Yachts has been one of the top brands worldwide in the luxury power yacht and sport fishing worlds. ...
Dec 13, 2021